Mount Ararat Baptist Church was organized in 1906 at a meeting held at the residence of Mr. and Mrs. J. H. Marshall of 156 Everett Street (now Hamilton Avenue) in East Liberty. As a result of this meeting, a one-story building at Penn Avenue and Beatty Street was secured. The first service was conducted on the second Sunday in October, 1906 by Interim Pastor, Dr. C. W. McCall. Eight people were in attendance, and the collection was $7.00. The church was named by Margaret McDonald Moore. The church was formally organized by a council of the Pittsburgh Baptist Association, with Reverend Stanton of the Shady Avenue Baptist Church as moderator, with eighty people in the organization. Reverend McCall was impelled to resume his traveling Bible Institute work and resigned as Interim Pastor.

Reverend W. J. Carter of Virginia was named pastor on April 14, 1907. Under Reverend Carter’s leadership, property was purchased on Auburn Street, now Gaines Funeral Home. The church was remodeled, and the building was ready for occupancy in June of 1908. The church moved to its present site, Mayflower Street and Paulson Avenue, in the fall of 1917. Reverend Carter pastored until he became ill and passed away on May 14, 1920.

Reverend W. C. Brown was called to the church on May 12, 1921 and served as a successful and able Christian leader and pastor. It was at this time the church outgrew its present surroundings and had to be remodeled. The work was completed and the Dedication Services were held on November, 1929. Reverend W. C. Brown died on April 24, 1931.

The church was without a pastor nearly three years before calling Reverend Clarence A. Burrell in 1934. In spite of the social and economic changes, Reverend Burrell pursued a steady and aggressive course forward. The church, thriving on a system of voluntary donations, redecorated the church, burned a $21,000.00 mortgage, liquidated a $49,000.00 debt and installed chimes and a public address system which totaled $1,400.00. A number of additions to Mount Ararat came through the church’s clubs and auxiliaries. Such additions include installation of lights, pulpit furniture and pool renovations. In March of 1950, a building on the corner of Paulson and Auburn Streets was purchased to be used as a Community Center to promote the religious, social and physical development of the youth of Mount Ararat and the community. On September 24, 1967, failing health forced Reverend C. A. Burrell into retirement, and the title of Pastor Emeritus was bestowed. Reverend Burrell remained Emeritus until his death in July of 1977.

In September of 1968, Reverend H. Beecher Hicks, Jr. assumed the pulpit and was officially installed as the fourth pastor on September 29, 1968. Reverend Hicks came with new ideas, especially concerning the youth. Complete renovation of the sanctuary, annex, nursery and kitchen were accomplished during his leadership. New pulpit furniture, including a new organ and piano was acquired. At the semi-annual business meeting in June of 1970, he initiated the formation of a Constitution Committee for the purpose of writing a definitive church constitution. The Gospel Chorus, Dial-a-Prayer, Van Ministry for Senior members and Minister of Youth were efforts that were started under his leadership. Also, under Reverend Hicks, Mount Ararat truly became a community center filled with both formal and informal activities. In March of 1973, Reverend Hicks moved on and accepted a call to pastor Antioch Baptist Church in Houston, Texas.

In April of 1975, Reverend Harold A. Pulley assumed the pulpit and was installed as the fifth pastor on April 13, 1975. Though he was at Mount Ararat only a short time, he stressed liquidation of the mortgages and great strides were made by the congregation towards this effort. The children were given a sermonette each Sunday prior to giving their offering. His pastorate with Mount Ararat ended on March 31, 1976.

On May 28, 1978, Reverend Manuel L. Dillingham was installed as the sixth pastor. Reverend Dillingham was a dynamic gospel preacher, and many people accepted Jesus as Savior and Lord under his guidance. The Junior Church, under the direction of Reverend Thelma Mitchell, Minister to Youth, was initiated in March of 1979 with services held in C. A. Burrell Hall. Under Reverend Dillingham’s pastorate, the Young Adult Choir came into being. A new mini-bus was purchased to provide transportation for Senior Citizens and others (including choirs and organizations) in need of transportation. The Deaconess Board organized and implemented the Sharing and Caring Luncheon. Reverend Roy Henry conducted an eight-week training period relative to the Sharing and Caring Ministry. The purpose of the ministry is to reach out and extend a helping hand to all persons in the need of counseling or spiritual or physical help. The recommendation to create the position of Director of Youth and Education Ministries was approved at the January 1983 Church Conference. Mr. Darnell Leonard was appointed for this position and provided various activities and training for the youth of the church. An Expansion Committee was appointed to explore the possibilities of expanding the existing structure as the church continued to grow spiritually and in numbers. Reverend Dillingham accepted a call from the Canaan Baptist Church in Philadelphia, Pennsylvania. His pastorate with Mount Ararat ended on July 31, 1983.

On June 2, 1985, Reverend Donald O. Clay, Jr. of Ohio accepted the challenge and became our seventh pastor. Many Bible study classes were started. A second van was purchased to provide transportation for the elderly. He also rewrote the Church Constitution. An active expansion drive was instituted almost immediately under the direction of an expansion committee appointed by Reverend Clay. Pastor Clay appointed Rev. Charles Young as the minister to the Young Adults. Reverend Clay activated the Mass Choir and revised the new member classes. To culminate years of service at Mount Ararat Baptist Church, Darnell O. Leonard and Charles Young were introduced to the church as receiving calls to become ministers.

Reverend Clay, Jr. who was a young man, brought with him ambition and drive towards the up building and expanding of God’s Kingdom. Hence, “The Commencement of a Vision,” an expanded facility and our new church, began with the groundbreaking ceremony on July 30, 1989. On January 20, 1991, the final worship service was conducted in the old church. This was followed by a formal, processional march into the new facility on January 27, 1991. The featured scripture for that glorious morning was Joel 2:28: “… your old men shall dream dreams, your young men shall see visions.” The cornerstone was dedicated on February 3, 1991 with March 10, 1991 being the celebrated date for the Dedication Ceremony at the new Mount Ararat Baptist Church, a blessed event for our Church Family. Reverend Donald O. Clay, Jr. was pastor from June 2, 1985 to April 17, 1994.

The church was without a pastor for three years. After many hours of fasting and praying, God sent us a dynamic young shepherd in Reverend Dr. William H. Curtis. He preached his first sermon as the pastor-elect on Sunday, July 6, 1997 and was officially installed as the eighth pastor on Sunday, November 9, 1997. Since Dr. Curtis’ arrival at Ararat, the church has grown from 400 to over 7500 with four worship services each weekend. His ministry has led to several landmark events at Ararat, including the formation of a Community Development Corporation to minister to the greater Pittsburgh area and the liquidation of the church mortgage in a one-day “Harvest Sunday” offering. He implemented a community tithe program which returns over 10% of the congregation’s offering to the community.

Throughout its history, Mount Ararat has been blessed with talented Christians and great servants who have rendered outstanding services to the church. Although some are no longer with us, we should always remember to be grateful for those sacrifices which have given us the mighty “Mount” of today. 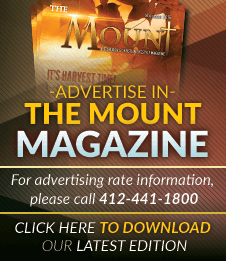 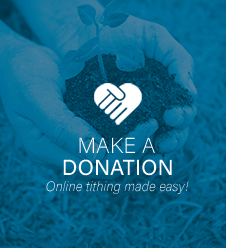 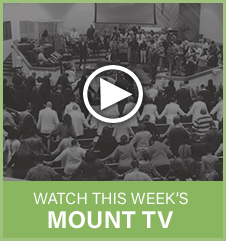 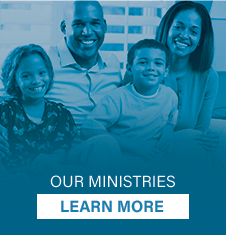